This newsletter is called "Start-up Curated", but for the last couple of years since I have been publishing it, we have focused on marketing and growth (and whatever else I was interested in in any given week). Lately I have focused more and more on "AI" - specifically the new language models and text-to-image engines. Last weekend a a good friend asked why I was covering AI so much in my briefings. There are three answers to that question:

With that out of the way, this briefing is a bit AI-heavy. I expect I will write more about growth and marketing in the next few briefings, but in the meantime, check out the “AI-or-not quiz” and just reply to this email to tell me how you did. 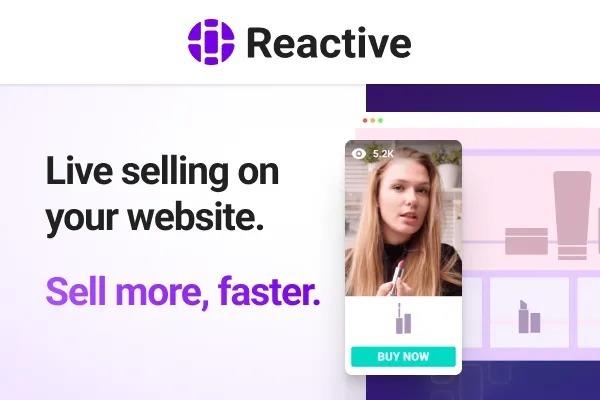 Live selling is the most effective marketing channel for ecommerce companies today and Reactive is the best way to bring it to your Shopify website. Its interactive features offer engaging customer experiences to dramatically increase sales and AOV. Designed to create successful launches, drops and promotions, Reactive instantly turns your site into a live shopping channel.

Roblox: The gaming platform is launching an ad network. Roblox has eyeballs. The challenge will be finding ad units that work with their game formats. A lot of other gaming (and metaverse) companies will be watching - and copying. They plan to launch with “immersive” ads (which suggests to me high priced brand ads that will not work for performance marketers). They also say they will not show ads to users under 13 - so if you want to avoid ads in your games you should go and find some fake ID now… More details here on things like virtual billboards that will be dropped into games.

Reviews and short term feedback: C. Thi Nguyen argues that the internet is giving far more short loop feedback than ever before - which is leading to more and more experiences being optimized for that short term feedback. Products need to be delivered quickly and work for the first few weeks (short review feedback), but don’t need to last years (long term feedback). On the margin it is now more important that food look good (when shared on instagram) than taste good. Worth reading the entire review that explores things like knives, board games, fast fashion and more. As a marketer we need to be aware of the short term, but there are huge arbitrage opportunities for going after the long term when your competitors are not.

Merch Fail: NFL’s newly branded “Washington [DC] Commanders” were selling branded coffee mugs with an outline of Washington State. This is what happens when you try to scale things and outsource “thinking” to a third party or junior employee.

AI Progress: Text-to-image generators are pretty terrible at placing objects in specified context (i.e., a red box on a yellow pyramid next to a red sphere will get you something, but nothing close to what you asked for). Scott Alexander of Astral Codex Ten made a bet a few weeks ago that this problem will be solved with more sophisticated models within three years. Now, a few months later he has already won his bet. He tested context prompts that failed with Dall-e2 with Google Imagen, Google PARTI, MidJourney and StableDiffusion and while most still failed, Imagen succeeded at about a 60% rate. (Note: Imagen still does not allow any images with humans for “safety reasons”. But I expect something like StableDiffusion will have Imagen’s capabilities within a year).

AI Video Generation: I am pretty sure this video is a combination of lies and misrepresentations. AI tech cannot do this yet. But it is coming faster than we think.

AI unbundling: A good Ben Thompson article (free). He describes the content publication value chain as: Creation (idea), Substantiation (execution), Duplication, Distribution, Consumption. He argues that the internet brought the cost of duplication and distribution to (effectively) zero. This hurt the newspaper empires that had previously had monopolies in that part of the chain. Now he says AI is disrupting the “substantiation” part of the chain. Until now after you had an idea, you needed to actually spend the time writing the idea now (or painting/drawing the image in your head). Now AI will do that step for you - and it is getting better all the time. Soon you will just need to come up with the rough idea and the AI can generate it for you for the cost of pennies. This will have a similar effect to when the cost of distribution went to zero: Supply will go up, and competition will go up. The issue here is that for many people thinking and writing are one and the same. I know my the thoughts of my essays take form as I write them. Here is Paul Graham on “Having good ideas is most of writing well”; “Writing doesn't just communicate ideas; it generates them”; and “You know that putting your ideas into words changed them”. Having an AI (or a ghost writer) take your thoughts and ideas and put them into words is not the same as writing them yourself. At least not for most great writers. But perhaps it IS for some people - and AI is going to help those people at the expense of the greatest writers today (without AI). ALSO: Tyler Cowen on his predictions on the impact of AI

How AI Content Generation Works: Jon Stokes presents a non-technical primer to understand how AI models work, which will help when you are crafting your prompts. Related: This post explains specifically how image generation is done.

GPT3 + Python Interpreter: Sergey Karayev has written a tool that gets GPT-3 to write Python code and then execute it to do things like (1) do exact math, (2) make API requests, (3) Answer questions by crawling the web.

AI or Not?: Michael Trazzi has created a quiz on Twitter where you can try and guess which images were created with AI and which were created by a human (based on the same prompts). As cool as this tech is I was still able to get most right. If you do the quiz, do me a favor and comment on this post with your success rate (And see the postscript below for some hints on how one can guess when an image is made from AI)

DeathChatBots: A funeral creates a chatbot trained on the writings of the diseased to allow guests to chat with “her”. This is pretty creepy now, and likely not very good. But it will get better and more normalized.

AI Art critic: Last week people were flipping out that someone won an art competition with art created with MidJourney. @jdragsky tries to take the AI art seriously and critiques it as a piece of art.

Prompt tricks: A thread on how to get better at writing text-to-image prompts. (1) Start with a list of great proven prompts, (2) break up the prompts into keywords, (3) randomly recombine the keywords and see what happens. Random-seeming series of words gets you output like this: "memories of their arms and cybernetic symbiosis, 3d render, a massive glass museum, full of thousands photorealistic, volumetric lighting, octane render" 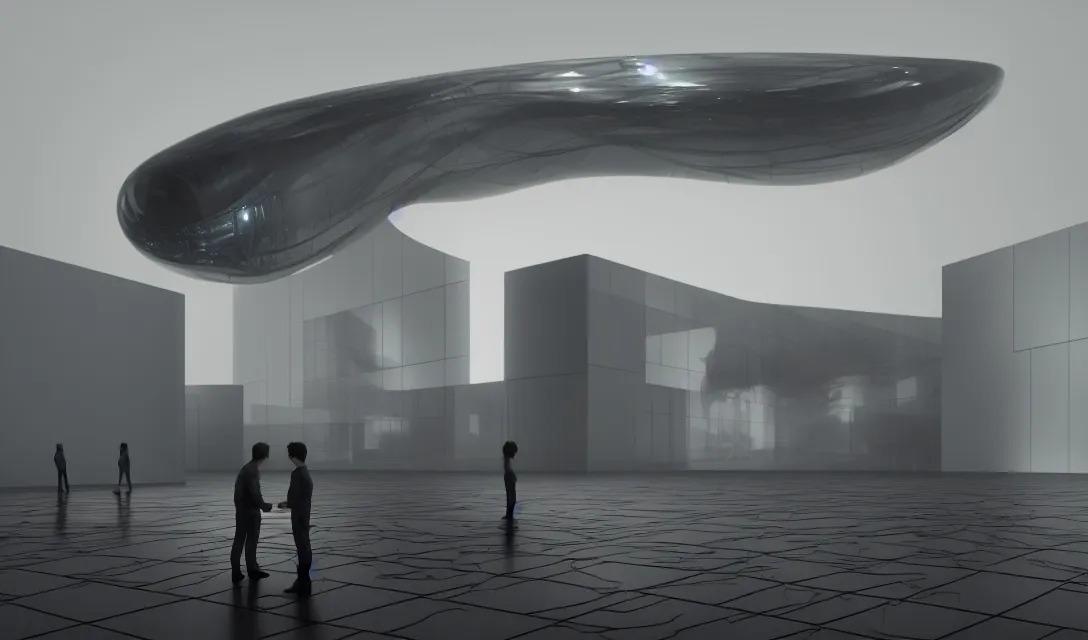 Degree Premium: 2014 article from the Economist that came to my attention this week that showed that sex workers with college degrees earned 31% more than non-college sex workers. This is NOT due to higher rates per hour, but rather from longer encounters which results in less down time and higher payment per sex act. College educated workers also tend to service older clients which means fewer risky encounters.

Career Advice: Derek Thompson from The Atlantic has some career advice:

Remote Work: I have generally argued that remote work is more productive for standardized, individual tasks, but less good for creative and group activities (or for learning from people around you). But Paras Chopra makes a good point here:

Work from home: Union members of NYT and NBC News digital teams are refusing to come back into the office. 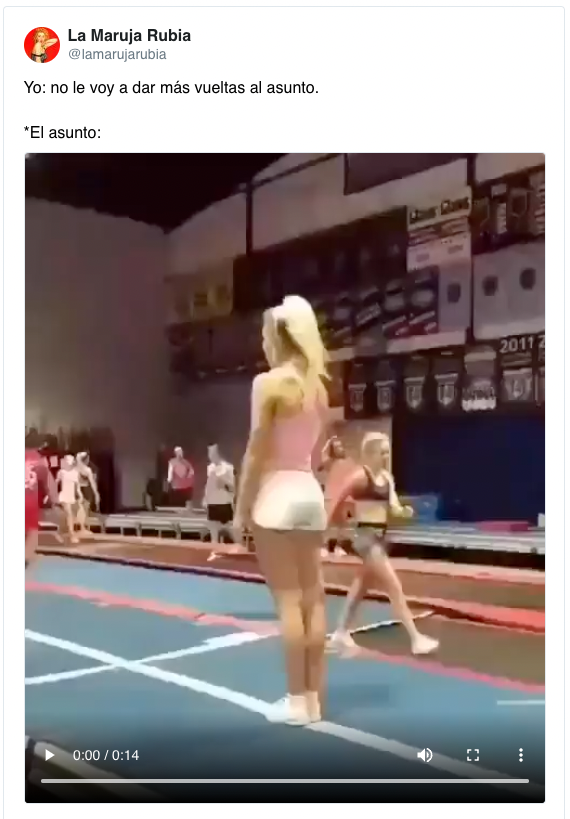 P.S. Tips for telling when an image is made by an AI: