I have started a new podcast with Wharton Professor Peter Fader where we discuss something that recently happened related to marketing and argue our takes on what it really means. Each episode is only 10-20 minutes to make sure we get to the point. Rhe first Episode dropped last week. Check it out. We plan on doing these every Wednesday if there is enough interest.

Presenting in meetings all day? Don’t be a deck

Impress investors with customizable video pitches that tell your company’s story. - Be on screen with your images, videos, or slides. - See analytics on who has watched. - Works with Zoom, Meet, Teams, and other video calls. - Record with up to ten people on one screen. Download mmhmm for free.

Airline loyalty: Cut from last week’s essay, Delta is concerned that they have too many people with high status, such that upgrades have become too rare. They are solving it by raising the spend requirements to hit the higher status levels. Quote: “The problem right now is there are too many people with status.”. Related: The WSJ has a nice piece on airport lounges and when they are worth paying for.

Restaurant Memberships: The NYTs writes about a new trend where high end restaurants are charging a membership fee in order to make a reservation.

Netflix: Following up on my conversation with Peter Fader about Netflix’s advertising plans, the company will now be revealing how many people watch its shows. An important metric for brand advertisers! Also: WSJ on Netflix early churn prediction metrics.

Walmart: Walmart, along with Target and Best Buy are remaining closed for Thanksgiving this year. This is a good sign that marketers learned something from last year’s closures. Deep discounts drive short term sales, but the long term impact is usually negative. Maybe someone did the analysis to show that? Or more likely the shift to online sales is so significant that the cost of paying employees a premium to staff physical retail on Thanksgiving is not worth the additional cost…

Uber: Uber’s new ad network will allow advertisers to target users based on locations they initiate rides and destinations. Journalists are making noises about privacy, but users won’t care. The question is how valuable this information will really be for advertisers. I expect the value will be marginal, but there are some use cases: Knowing where someone lives is pretty important for some businesses; Some companies may have some success in targeting frequent travelers; There may be some cheeky ads that work with creative aimed at employees of specific companies (maybe some B2B businesses may find that valuable); Restaurants may want to target frequent diners who are visiting competitors. Generally I expect advertisers to be underwhelmed by the effectiveness of the new capabilities.

Zeta Global: TheDiff wrote up a profile of Zeta, a publicly traded adtech company ($s, but you really should subscribe. If you are a marketer this post alone is worth expensing it!). One big insight here is that Zeta has collected and matched millions of people to email addresses. This allows any company that has a log-in to layer Zeta’s data on top of any proprietary data they have collected. In theory this should make targeting better. But Zeta itself is worth a tiny fraction of the big media networks. Why? Basically improved targeting is worth something, but the real value goes to companies that have user’s attention. Facebook’s value is a multiple of (a) the number of views, (b) the saliency of the ad units and (c) the effectiveness of the targeting. “c” by itself is a nice to have and a multiplier on the other two, but “c” by itself requires selling to someone with (a) and (b), and the a-b media companies have the most leverage in that negotiation.

McDonalds: The QSR has launched Happy Meals for adults (including toys). Who does this appeal to? Turns out 1/3rd of adults who got Happy Meals ‘very often’ as kids tried snd liked the adult offering. Nostalgia is a powerful marketing tool. We all revert back to the stuff we loved as a kid (see: Star Wars, Marvel, remakes, and the resurgence of Dungeons & Dragons) . Nostalgia related: Back to the Future musical is going straight to Broadway. (and see Kodak below)

CTV: A good report on the status of connected TV advertising. Related: a more pithy summary of US TV watching habits. I liked this chart on what percentage of people admit to watching ads:

Kodak: Most film makers died many years ago, but Kodak, the largest, has managed to survive by the skin of its teeth. Now nostalgia (see McDonalds link above) is driving an increase in demand for 35mm film, and Kodak cannot hire enough employees to keep up with that demand. Hard times kill off the weakest companies. The strongest can sometimes live to see a resurgence, and the last one standing ends up being a monopoly (albeit of a much smaller market). COVID did something similar to independent property management companies.

Amazon: The Everything Store is launching a price comparison tool for home insurance in the UK. Amazon has tested and failed with other markets in the UK (i.e., theater tickets), so its possible nothing comes of this. But Amazon has a mission to have a part of every financial transaction on the web, and lead generation for large offline sales is a big piece of that they are not in. It may be the start of something.

IMagic: Louis Bouchard explains how the latest AI paper “imagic” works to allow you to edit any image with text - i.e., take a photo of say a dog and then change it by writing things like “a sitting dog” or “a jumping dog holding a frisbee”. It’s “no code” photoshop… Github code for Stable Diffusion.

Valuations: The Information has an essay on how AI companies are very hot right now in an otherwise cool Venture world. Jasper.ai, a GPT-3 powered marketing blog writing tool was recently valued at $1.5B and has only been around 18 months (and is built off of OpenAI’s tech stack). I’m not sure what Jasper’s moat is. Brand? Another example: One of the writers for the “Every” newsletter, hacked together a basic online word processor that will use GPT-3 to extend your content every time you type “+++”. He shared his beta in his newsletter and Twitter and signed up 25,000 users in 24 hours. He is now pulling back on writing content and will try and build his word processor as his core business. Related: Current state of AI report.

Self-programming AI: “A code-generating language model with the ability to modify its own source code is created and then queried to generate new source code for itself; a new iteration of the model is initialized and trained, and the cycle continues.” This is what the GAI alarmists are worried about - when smart AI can make itself smarter, when does it hit a limit? NOTE: The paper is just proof of concept. Twitter thread with more info.

Tools: Runway has some easy to use tools for AI-powered image and video editing. Here I took a photo of our kids and replaced our youngest son with a “Gremlin”. It kind-of works? The skin on my older son’s arm got mangled, there are a bunch of artifacts, an extra hand got added, and I am not sure that frog-thing is a Gremlin, but I also think that if I put an hour or so into it I could have created something pretty cool. I tried using image-to-image generation (using text to change an image) and did not get good results. Tools that remove background, or decrease depth of field seemed to work better. Inpainting to remove people or objects from a video sounds cool, but when I used it to remove skaters from a video of my girls at the rink, it had a hard time dealing with the amount of movement happening. It’s a start. These tools are only going to get better… 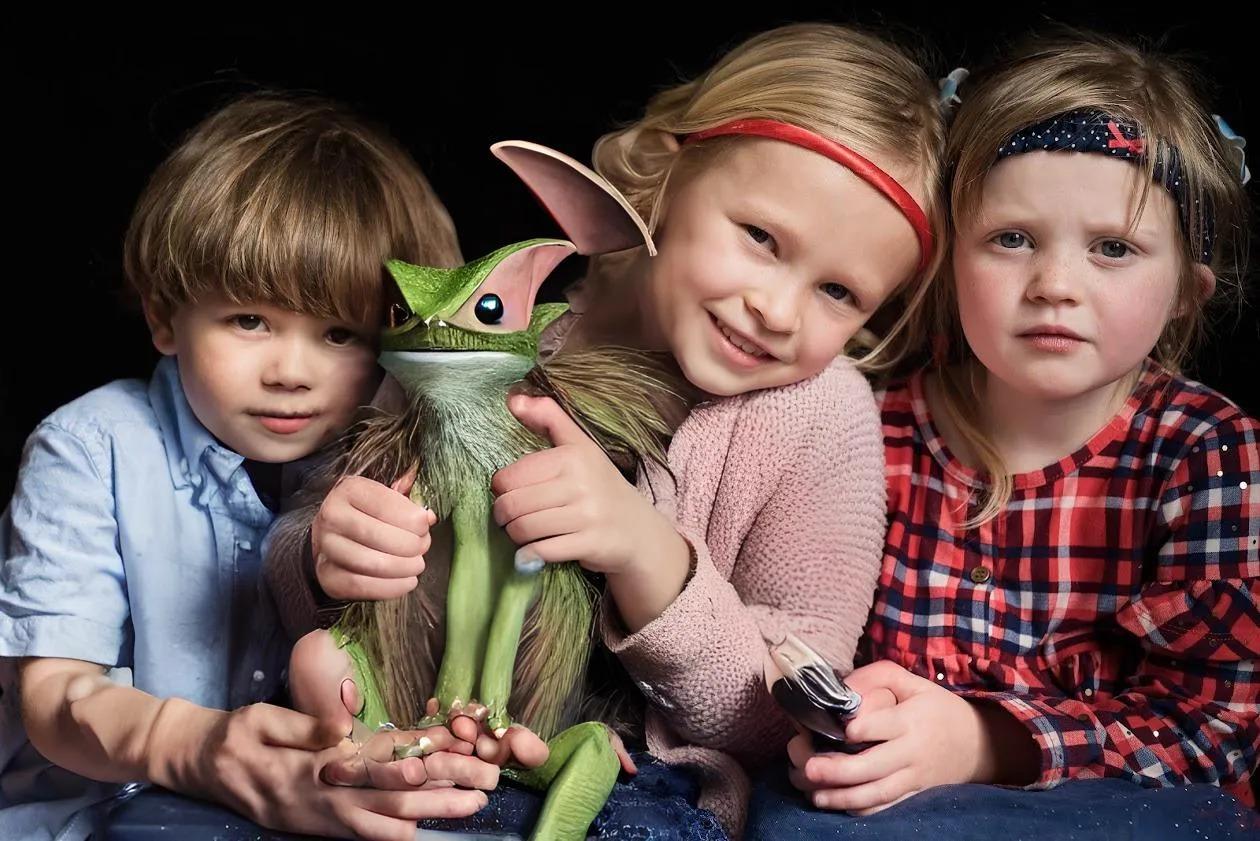 Business Schools: MBA applications are counter-cyclical. When times are bad young people are more likely to choose business school. When times are good, it is often better, on the margin, to stay in the workforce and get promoted. WSJ tells us that HBS’s 2022 applications were down 15% YoY, Wharton down 13%, and top schools overall down 10%. Since the number of seats in the class don’t change, this drives up the admission rate. This is the second year of declines after the record breaking applications for 2020 seats (how many of those applications came late in March?). Will be interesting to see how the slump in the markets we have seen this year affects next year’s applications.

Employee Surveillance: An employee living in the Netherlands refuses to be monitored with a webcam. Florida-based company fired him. He sues and wins in Netherlands’ court. Company pays 75,000 Euro fine. Will these types of legal decisions be a factor in where companies hire remote workers? If it influences decisions for companies that choose to monitor, will it have knock on effects for companies that are not monitoring?

Meetings: A guide on how to have better meetings. I think this is one of those things that is important, but perhaps more important is finding a way to have fewer meetings.

Productivity and Velocity: Dan Luu counters the argument that working “smarter” is more important than working “harder”. He argues that doing things faster helps you do them better. If you have an idea in your head, being able to type faster means you are more likely to get it on paper and make more connections to other ideas. The best way to produce a great idea is to create many ideas. It is hard to know what will work before you start, so being more productive also leads to higher quality - both because more swings means you are more likely to hit, but also more swings means more practice, so chance of success with any given swing also go up. h/t from TheDiff (did I mention you should subscribe).

Public Speaking: Public speaking is an under-developed skill for most managers and executives. It is not taught in school, and, unlike other essential work-skills, is rarely taught in the workplace. The WSJ has a short essay explaining how to become a better speaker, but you aren’t going to be a better speaker after reading a four-minute article. It is a reminder thought that if you aren’t finding a way to improve and practice this skill you are doing yourself a disservice. FWIW the article recommendations are:

WealthSimple: The financial company that started as a roboadvisor in in need of a neww CMO. Ideally based in Canada, but they will consider the east coast of the US for the right candidate. Let me know if you are interested and I will put you in touch.

Office Chair: When you are dying to go to work 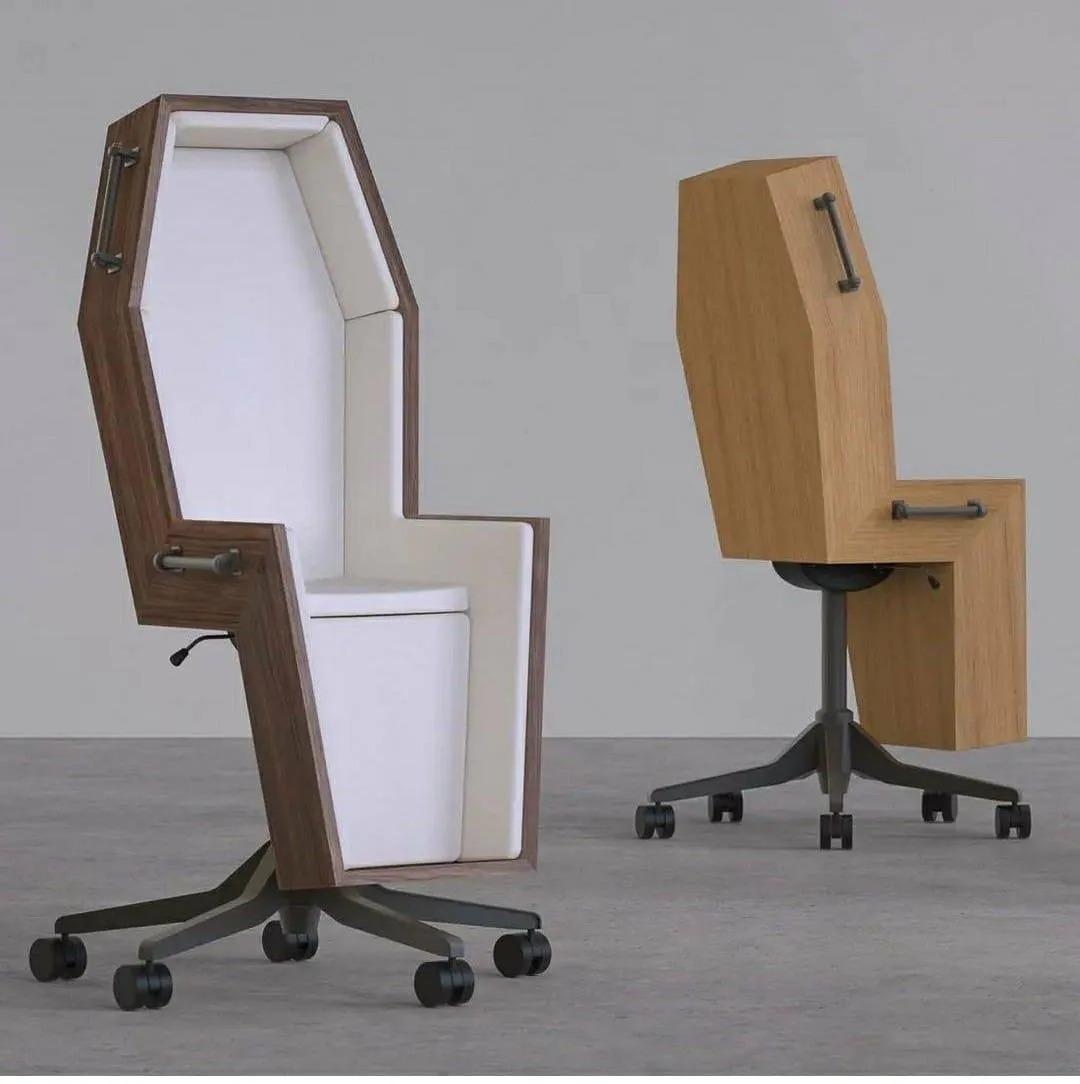 Gen Z slang: There is no way I would have guessed even half of these. I wonder how much they are ACTUALLY used and how much is obscure even to an average Gen Zer? 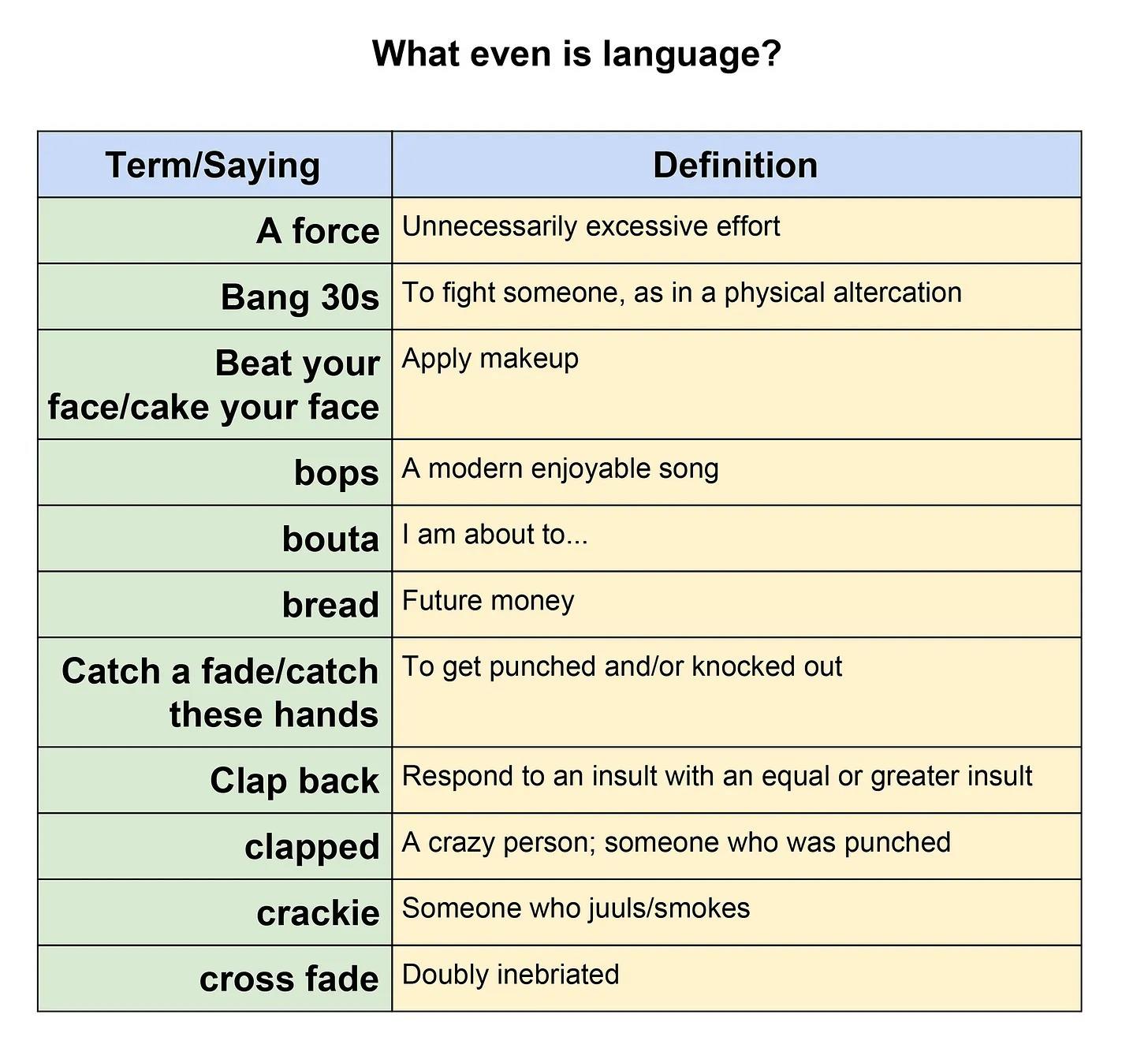 Quote: “If only Karl had made Capital instead of just writing about it” — Karl Marx’s ‘bitter’ mother on the philosopher’s fiftieth birthday after he used a large sum of money given to him by Engles to pay down old debts.