March has had me start working with a new client while simultaneously taking my girls on two separate trips to Whistler (I know. Tough life). This newsletter has been a little less frequent. But we are back. Enjoy! 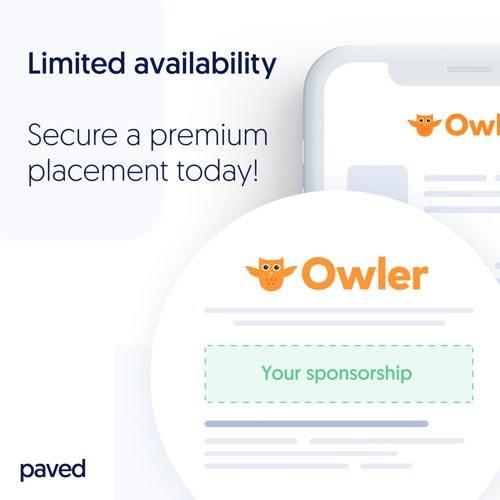 Get in front of Owler's community of 1.5M business leaders in Sales, Marketing, and Tech who rely on the Daily Snapshot to stay up-to-date with the latest trends and products. Book a sponsorship today!

Marketing to Employees: I am not a geopolitical expert, so I will not pretend to be one in this newsletter. I will point out that the financial sanctions being put on Russia by the West come in two flavors: (1) Government sanctions, and (2) Company sanctions. While the first type are clearly impactful, the second type is very impactful - VISA and Mastercard no long work for domestic Russians attempting purchased outside the country; within the country companies like McDonalds, P&G, Microsoft, Apple, Disney, Netflix, and Samsung ave all limited product options or pulled out entirely. What is interesting is that none of these companies were required to do so by their governments - they have taken that initiative on their own (More on this from Ben Thompson). Some of this is just a “strategic credit” (Apple has kept open their app store, but shut down purchases of new iphones - is this to support Ukraine, or because they don’t want to sell expensive hardware in a depreciating currency? The answer is both). But how many Netflix subscribers would really cancel their service if they knew it was still available in Russia? I expect not many. But Netflix executives still need to take action, because it is important for their EMPLOYEES. More marketing to employees in its own section below.

Let it Go: A little girl sings “Let it Go” in a shelter. Chilling.

Upfronts: The way TV buying works is that if you want the “best” or guaranteed inventory, you need to buy and lock it in “upfront” at the beginning of the “TV season”. Stations run big events for media buyers showing off their shows and committing to specific viewer numbers (if a buyer does not hit the guarantees they are giving “top ups”). Buying in upfronts is cheaper for big advertisers than buying last minute guaranteed inventory, but more expensive than “remnant” inventory - so it’s not even always a good deal - but it is pretty essential if you are a big advertiser that feels it requires a specific (large) amount of ad spend (i.e., car companies, CPG firms, beer). So it is a big deal that P&G (the 4th largest US advertiser) is finally pushing back and is trying to move the industry to “real time buying”. This will actually hurt the media stations, help the largest advertisers, but also hurt the small advertisers who have been able to buy remnant inventory at a fraction of what P&G pays. Price discrimination helps suppliers and those with lower ability to pay, but hurts the largest buyers. P&G is using its market power to change things in their favor.

Ad Supported Streaming: Television is dead. Long live television. Disney is introducing an ad supported tier to their streaming service. TV ads are powerful as one of the highest fidelity ways to get a media impression (see my essays here and here), but fewer and fewer people are watching ad-supported television every year. Those that remain tend to be older and lower income - which is not the ideal demographic for many advertisers. Streaming viewers tend to be higher income and younger. I have not seen the data, but I will bet those that choose ad supported streaming with be lower income than non-ad supported streaming, which also likely means younger - like college students. Lots of brands are happy to target that demographic! The best part about streaming TV is that is a lot easier to track. This is an essay waiting to happen. Stay tuned.

Third Party Loyalty Programs: Third party loyalty programs are when a company gives out points during purchases, but does not hold the liability for those points. Instead of Roblox giving out Robux, or Marriot giving out Marriot points, this is when a retailer gives out airline miles or a point system run by a bank. If there is enough consumer interest in the currency, this can work as a method of customer acquisition- if I switch to a particular gas station I might get a free flight a little earlier, so why not? But this has to be traded off by all the points you distribute to customers who would have bought from you anyway. And many of those customers do NOT care about the points. Unfortunately whether the customers care or not, you still need to pay for the points. When you give you your own currency and it is not used, your actual cost per point can be much lower than the face value (and because you need to earn some number of points before they are used, it at least helps your cashflow). These benefits do not apply to third party currencies - you need to pay for the points you give out upfront. And the cost to buy those points is usually MORE than the value the consumer gets from the points. So it is usually a bad idea. But it does not stop companies from doing it all the time… The latest is Instacart launching a points deal with Delta Airlines.

Disney: Companies are being pressured by activists (and employees) to denounce the new Florida “Don’t Say Gay” bill. Disney in particular has been very forward looking on LBTG rights (for example offering “spouse benefits” long before it was popular or legally required). While it is unclear how “anti-gay” the new law is (it bans discussion of sexuality in primary school - including sexual orientation), it is definitely unpopular with LBTG-rights organizations. Disney has NOT taken a stand against the law. Judd Legum (Popular Information) and Variety have obtained internal memos to employees explaining why. The gist is that they are afraid of political “blowback” in their most important geography (in theory Disney World is more important to Florida than it is to Disney. In practice moving it would be mutually ensured destruction). What is interesting is that Disney is not feeling the need to make any statements to the public (or activists), but they are taking internal concerns seriously.

Contractors: As the economy improves (hot!), an increasing number of freelance designers are becoming more particular about the companies they contract to. Fast Company has a piece on the trend, and how companies are responding. Contractors are not quite employees, but they are more like employees than they are like customers. Their level of care on a company’s “morals” falls somewhere inbetween the two groups.

TikTok: TikTok is extending the maximum length of their videos to 10 minutes. This follows YouTube creating “shorts” a couple of years ago. See my essay on how as they companies grow everything becomes the same thing.

The Census: Privacy has become such a religion that no one is asking what the point is. Full Stack Economics explains the downsides adding “randomizing” the data in the census for privacy purposes (and the lack of upside)

Horizontal Skills: Christopher Penn wrote an interesting essay on the difference between vertical and horizontal skills. Vertical skills are what you need to succeed in a specific profession (how to build a stairwell if you are a carpenter, or how to solve a differential equation if you are a physicist). Horizontal skills are skills that span across many professions - verbal and written communication, understanding statistics, even things like being able to use software to make a video (a vertical skill for some professions, but broadly useful across many professions). His argument is that young people should error on the side of more horizontal skills and fewer vertical skills. I agree.

Talent Hoarding: Ingrid Haegele has a new paper on the topic within organizations. The theory is that managers are rewarded more for their team being successful than they are for developing talent. The result would be that managers will error on the side of holding onto their best employers and NOT promoting them out of their organization. Haegele gets ahold of a data set at a large manufacturing firm that is “the first empirical data with evidence of talent hoarding”. She finds that when managers rotate to a new position, worker applications for promotions increase by 123%. At least in this care talent hoarding does not seem to stop promotions, but it does dissuade the “marginal candidate” (and she finds that it impacts women more than men). Managers: Stop doing this!

Wordbank: An open database of children’s vocabulary. If you want to know which words get said first, or the age distribution of any given word, this is where to look. Unfortunately the earliest children in the study are 16 months old, and by then almost all can say Daddy and Mommy, so we can’t use it to handicap the competition for the winning parent. Anyway, “Dog” beats “Cat” pretty handily. Also: Jimmy Fallon’s book. 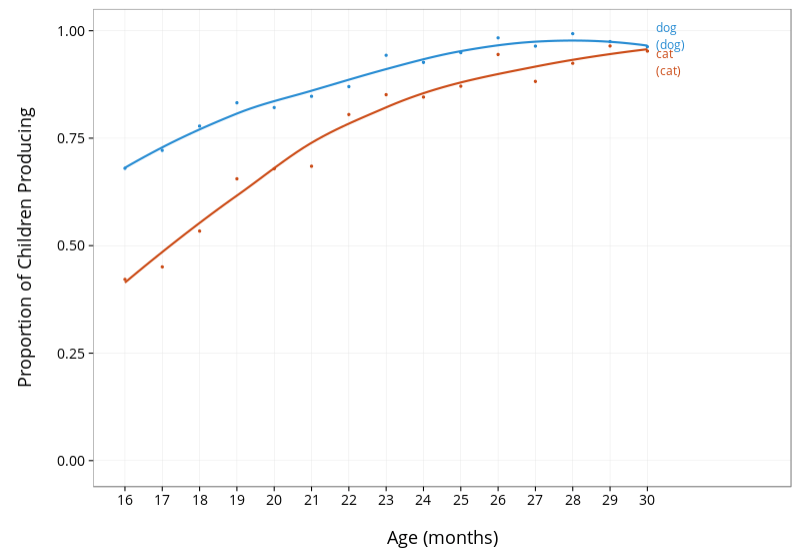 SuperSerious616: If you have not a regular listener to my 1960s Marvel Comics podcast, there are a few recent episodes you may find interesting. In “Robin Hood” we talk about how super heroes may just be less “heroic” and actually just be defending the status quo. In “Taxes” we look at how criminal laws and the IRS work differently (for super heroes, but also criminals). And in “overstaying” we talk about the immigration and what it means for Kraven the Hunter.